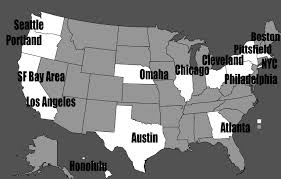 This article is a massive dot connecting exercise in which it is becoming increasingly clear that the various nefarous forces are combing efforts to take down America in one eventful night. The evidence trail seems to be unmistakable. And as much as I want to be wrong, the trend curve of the known facts speaks to a very dire and nation-changing event that is coming our way.

The EMP Threat/UN Poised to Act

Mike Adams wrote an article in which he reported what is now sinking in with the rest of the media, namely, North Korea has a hydrogen bomb and advanced EMP weapons. Allow this to serve as a backdrop for the following article, which makes the case that the UN is operating on US soil, in places like Rawlins, Wyoming and Hagerstown, Maryland, and they are prepared to survive an EMP attack prior to asserting their authority over the people of the United States.

The United Nations Personnel and Vehicles Are Seemingly Everywhere

The United Nations is clearly on the move across the United. I am getting reports and photos from Georgia, Alabama and Texas. However, the most interesting photos are coming out Rawlins, Wyoming and Hagerstown, Maryland.