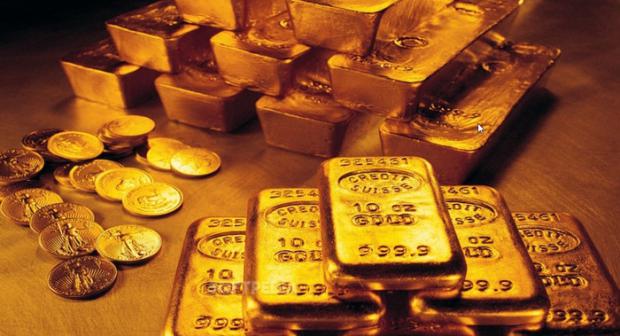 In a report Monday, Goldman Sachs technical analysts, Sheba Jafari and Jack Abramovitz said that they see gold prices falling to $1,100 an ounce after the market was unable to test key resistance around $1,380 an ounce, which they noted represented a key level from the 2011 high to the 2016 lows.

"If true, it's on track to forming another three wave decline which at very least comes close to testing the previous lows from Dec. '16 at 1,123," the analysts said. "It could extend as far as 1,105; but shouldn't run much further than there (given the corrective nature of the setup)."

In the current technical environment, the analysts said that gold could eventually retest support around $1,100 an ounce, however, they said that they expect that support to hold.

Goldman Sachs has been fairly bearish on gold, even as prices pushed to a one-year high last month. In a September report, the investment bank maintained its outlook that gold prices will end the year at $1.250 an ounce.