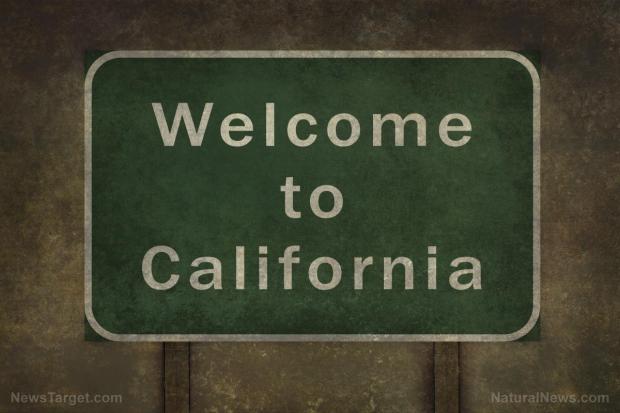 (Natural News) The state of California, not known for its rational decision-making, might have just done the right thing for a change when it comes to enhancing medical freedom.

The state's legislature, commandingly controlled by far-Left Democrats, have sent Gov. Jerry Brown a bill that no longer criminalizes the intentional, knowledgeable transmission of the HIV virus, which can cause AIDS — and he signed it this week.

As reported by the UK's Daily Mail, at present it is a felony to knowingly infect another person with HIV via sexual transmission. Once upon a time, persons who knowingly transmitted the incurable disease faced up to eight years in prison.

Now, however, the new law lowers the act to a misdemeanor punishable by no more than six months in jail.

Naturally, the change is being hailed by the LGBTQ community, which has an abnormally high HIV infection rate, as a step towards de-stigmatizing the disease and the community. But other people who oppose the new law say that it will only encourage even more irresponsible, unsafe sexual behavior that leads to additional infections (and higher medical costs for state taxpayers).

Up to this point, HIV was the only sexually transmitted disease (STD) in the Golden State that carried a felony sentence if the disease was transmitted to someone else if the infected person knew he or she carried the virus. Even intentionally donated HIV-infected blood or infecting a person knowingly with a different STD only carried a misdemeanor sentence.

The legislation, SB239, was written by state Sen. Scott Weiner and Assemblyman Todd Gloria. In a statement, Weiner said the bill's passage is "a major step toward treating HIV as a public health issue, instead of treating people living with HIV as criminals."

As far as we know, the state didn't actually treat people "living with HIV as criminals." Rather, it punished people who knowingly infected other people, which some believe was reminiscent of a medical police state; if you could be criminalized for passing along one virus, how close was the state getting to criminalizing the passage of other viruses (like the flu)?

That said, as the Daily Mail noted, others are using advances in medical science as justification to decriminalize intentional infection of another person with the HIV virus:

Last month, the Centers for Disease Control and Prevention (CDC) officially announced that people who are on regular viral load suppression medication cannot transmit HIV to their partners, as it is maintained at undetectable levels.

The paper noted further that the CDC said that the HIV infection rate only fell 10 percent between 2010 and 2014 in the United States. Opponents of the new law argue that's not very much, and still, people are getting infected, whether the medical treatment for getting the disease has "significantly extended life expectancies" or not. HIV infection can still lead to death. (Related: California just decriminalized child prostitutes beginning Jan 1… "legalization" stirs outrage.)

California County Sheriff: "I Will Not Enforce Vaccine Mandate"