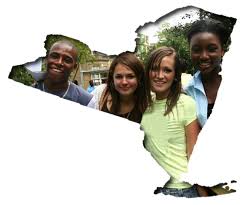 North Tonawanda, NY — As Americans continue to become more and more dependent upon the state to manage their daily lives, a new law that was just approved in New York epitomizes this irresponsible and outright complacent practice.

On Oct 1., a new law went into effect that will jail parents if their child is found bullying other minors.

Members of the North Tonawanda Common Council hope the new law will put a stop to bullying by holding parents accountable for their children's actions. Parents could be fined $250 and sentenced to 15 days in jail if twice in a 90-day period their child under 18 violates the city's curfew or any other city law, including bullying.

North Tonawanda officials say the law is geared toward minors who repeatedly bully other children in public places.

This law comes after four teens were reportedly kicked out of North Tonawanda Middle School for alleged bullying.

On the surface, the idea of fining and jailing parents for their bully kids may seem like an effective strategy to curtail bullying. However, all it does is open Pandora's box into horrid nature of the police state and it provides no real solution.

We've already seen what happens when police get involved in matters that should not involve them, like childhood quarrels on playgrounds.

Just last week, TFTP reported on a horrifying video that showed a police officer pick up a tiny black child and slam him down face-first onto the concrete for being involved in a scuffle with another student. The presence of police in that situation only made it more dangerous.

READ MORE:  Here's Proof that Cops Can Actually Get Fired - All They Have to Do is Be the Good Guy

Now, with the enactment of this new law, the parents of both of those students in the video mentioned above could also face potentially brutal police action.

Cuomo is STRIPPED of his Emmy for pandemic press conferences amid sexual harassment...