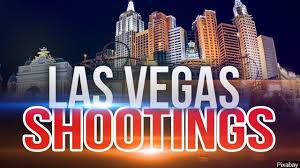 When faced with senseless, horrific shootings, people in Washington and on cable news often end up politicizing them in order to argue over gun laws, especially if the location where the incident took place has relatively relaxed regulations. With this morning's awful mass shooting in Las Vegas, we may not hear such talk, since the suspect, Stephen Paddock, allegedly used a fully automatic weapon, which is illegal no matter what, unless legally purchased and registered prior to May 19, 1986, when they were banned under federal law.

While it's true that Nevada does allow people to legally carry firearms in public, only legal weapons are covered by this. Paddock would have broken the law before even pulling the trigger, since—assuming he hadn't been holding onto this weapon for more than 30 years—the law forbids having the gun in the first place. Not only that, but the shooting took place at the Mandalay Bay, which has a strict no-weapons policy. Such policies technically don't have the weight of law, meaning they can't remove your weapon, but they can tell you to leave and have you arrested for trespass if you don't.

Las Vegas is a ghost town where even the strippers put up signs­ saying, 'Sorry, we're cloth