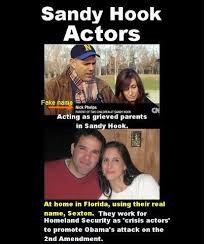 Undoubtedly, one of the most controversial and investigated incidents related to school-shootings was, and still is, the Sandy Hook Elementary School shooting in December 2012 in Newtown, Connecticut.

To recap, 20-year-old Adam Lanza allegedly entered the elementary school and fatally shot 20 children using an automatic rifle, before turning the gun on himself as police arrived.

Even though the description above would seem to be "cut and dry," speculation as to the true events surrounding the incident would surface almost instantly.

The voluminous amount of evidence which counters the official narrative is too long to list here.

However, a cursory investigation into the alleged massacre should yield you some satisfactory results.

Wolfgang Halbig has been a leading investigator into the Sandy Hook school shooting and has taken heavy flak for his numerous unanswered questions regarding the incident.

We were delighted to have Wolfgang as a guest recently on The Liberty Brothers Radio Show.

I have included a brief bio for Wolfgang below.

Previous to founding NISWS, Mr. Halbig worked in public education as a teacher, dean, and assistant principal, principal, principal of an alternative school and as the Director for School Safety and Security of the Seminole County Public Schools, a school district of approximately 65,000 students.

Mr. Halbig also has law enforcement experience as a former Florida State Trooper in Miami, Florida, and as a United States Customs Inspector.

As a result of his unique background in both law enforcement and education, Mr. Halbig was invited by the United States Department of Justice to train over 3500 school police officers, school superintendents and school principals.

SELCO's Cautionary Tale of Balkanization: "A lot of things that "can never happen ther