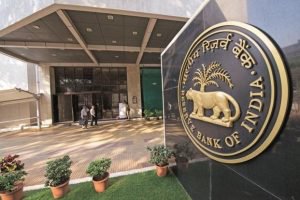 Less than a year after India launched a shocking "war on cash" when on November 8, 2016 it unveiled a demonitization campaign in an effort to wipe out huge amounts of so-called 'black money' and streamline its largely cash-based economy, which however was called "a colossal failure which cost innocent lives and ruined the economy" by Rahul Gandhi earlier this month after it was revealed that 99% of the high denomination banknotes cancelled last year were in fact deposited or exchanged for new currency, even as India's GDP tumbled to 2 year lows...

... on Saturday, the Business Standard reported that while working on creating a legal framework for bitcoin and other digital currencies, the Indian government is considering launching its own bitcoin-like cryptocurrency.

Preempting a report by the BIS released on Sunday, and which recommended that central banks should seriously consider launching cryptocurrencies of their own, the Indian press reports that the Indian government is considering "a proposal to introduce its cryptocurrency similar to bitcoin," and which will be issued by the Reserve Bank of India (RBI). This state-run cryptocurrency will be called "Lakshmi," the name of the Hindu goddess of wealth, fortune, and prosperity.

The proposal was reportedly "discussed by a committee of government officials, and the panel found the idea of setting up and running blockchain for financial services useful."