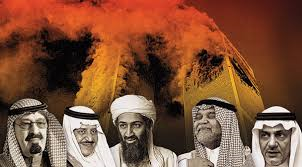 Fresh evidence submitted in a major 9/11 lawsuit moving forward against the Saudi Arabian government reveals its embassy in Washington may have funded a "dry run" for the hijackings carried out by two Saudi employees, further reinforcing the claim that employees and agents of the kingdom directed and aided the 9/11 hijackers and plotters.

Two years before the airliner attacks, the Saudi Embassy paid for two Saudi nationals, living undercover in the US as students, to fly from Phoenix to Washington "in a dry run for the 9/11 attacks," alleges the amended complaint filed on behalf of the families of some 1,400 victims who died in the terrorist attacks 16 years ago.

The court filing provides new details that paint "a pattern of both financial and operational support" for the 9/11 conspiracy from official Saudi sources, lawyers for the plaintiffs say. In fact, the Saudi government may have been involved in underwriting the attacks from the earliest stages — including testing cockpit security.

"We've long asserted that there were longstanding and close relationships between al Qaeda and the religious components of the Saudi government," said Sean Carter, the lead attorney for the 9/11 plaintiffs. "This is further evidence of that."