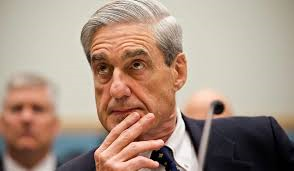 Sixteen years after the 9/11 terrorist attacks on the World Trade Center and the Pentagon, we still don't know what happened. How did a ragtag bunch of hijackers, armed only with box cutters, manage to gain control of those airliners? How did they get into the United States to begin with? Who supported them while they were here? Why didn't law enforcement – which had plenty of clues as to what they were up to – stop them? Prior to the attacks, our government spent billions on "anti-terrorist" programs designed to prevent precisely what occurred on September 11, 2001 – yet Mohammed Atta and his accomplices managed to slip through the cracks. How?

While some in our government may have at least partial knowledge, the American public doesn't know the answers to these questions.

What we do know, however, is that our lives were changed forever: propelled into a war without end, the United States launched attacks on Afghanistan, Iraq, and elsewhere that are still ongoing. Thousands of Americans and an untold number of Afghans, Iraqis, and others – hundreds of thousands – have so far perished in what our generals tell us will be a "generational" conflict with no discernible end in sight.