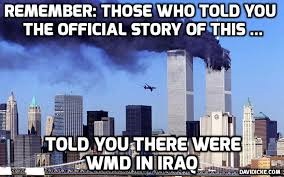 This CBS Report suggests that Osama bin Laden had been admitted to a Pakistani Military hospital in Rawalpindi on the 10th local time, less than 24 hours before the terrorist attacks.

The report does not mention when he was actually released.

Nonetheless, this report casts doubt on the official narrative to the effect that Osama bin Laden was responsible for coordinating the 9/11 attacks.

From where? From his hospital bed? From his laptop or his cell phone?

If this CBS report is correct, this confirms that the whereabouts of Osama bin Laden on September 10 were known to the Bush Administration.

Did "intelligence asset" Osama bin Laden have a GPS "Embedded Locator Chip"  within his body, or a GPS in his laptop or cell phone which would have enabled US intelligence to establish his precise location in real time? (That GPS technology including the embedded locator chip was readily available to US intelligence and law enforcement well before 2001).