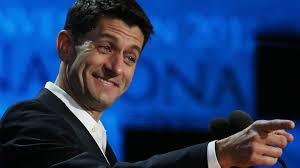 Several influential House conservatives are privately plotting ways to use the legislative calendar this fall to push their hard-line agenda — including quiet discussions about possibly mounting a leadership challenge to House Speaker Paul D. Ryan.

The group has gone so far as to float the idea of recruiting former House speaker Newt Gingrich or former Pennsylvania senator Rick Santorum as potential replacements for Ryan (R-Wis.) should there be a rebellion. The Constitution does not require that an elected member of the House serve as speaker.

While the chances that a non-House member could mount a credible threat to Ryan are exceedingly slim, the fact the group has even toyed with the idea underscores their desire to create trouble for GOP leaders if they believe their demands are not being addressed.

The closed-door conversations are being led by Rep. Mark Meadows (R-N.C.), the chairman of the House Freedom Caucus, in consultation with his allies on the right, in particular Stephen K. Bannon, President Trump's former chief strategist who recently returned to his perch as executive chairman of the Breitbart News website. Rep. Jim Jordan (R-Ohio) and other Freedom Caucus members are also involved in the talks to varying degrees, according to nearly a dozen people with knowledge of the discussions.