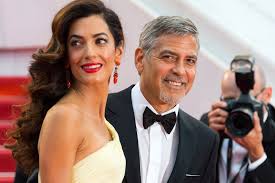 (Natural News) Actor George Clooney, along with his human rights lawyer wife, Amal, has just donated $1 million to the Southern Poverty Law Center. A statement released on behalf of the couple said that they wanted to help in "the ongoing fight for equality" in the aftermath of the violent protests that took place in Charlottesville, Virginia, but their choice of recipient is raising more than a few eyebrows.

The Southern Poverty Law Center (SPLC) is purportedly a nonprofit that monitors domestic hate groups and extremists and fights what it deems to be bigotry through litigation and advocacy. However, it has garnered widespread criticism for falsely labeling some conservative organizations as "hate groups." Many believe the group is biased against those that espouse traditionally conservative values.

For example, the SPLC called one popular Christian nonprofit known as the Alliance Defending Freedom a "hate group" because of its efforts to defend Christian values.

The Alliance Defending Freedom's Kerri Kupec said: "Whether it's shady money transfers or being discredited for decades by investigative journalists and charity watchdogs as a 'direct mail scam,' the Southern Poverty Law Center lost its way a long time ago."

Another organization, the religious liberties defense group Pacific Justice Institute, demanded apologies from the group and retractions from media outlets after they were placed on the SPLC's list of hate groups alongside white supremacists.

Last year, they came under fire for omitting racial epithets and crimes committed against white people in their list of what is considered a hate crime. The group is known for its "hate map," which targets conservatives and incites the very hatred it claims to work against. Case in point: a gunman went to the D.C. offices of the conservative Family Research Council and opened fire in 2012 after the group was listed as being "anti-gay" on the SPLC website.

The SPLC has repeatedly been caught moving millions of dollars to some of its offshore entities, a move that experts say is highly unusual for a group of its type. Some of the places they are known to park money include the Cayman Islands, Bermuda, and the British Virgin Islands.

The CEO of nonprofit consulting firm Pacific Human Capital, Amy Sterling Casil, said: "It is unethical for any U.S.-based charity to invest large sums of money overseas. I know of no legitimate reason for any U.S.-based nonprofit to put money in overseas, unregulated bank accounts."

SPLC money not reaching those in need

According to The Federalist, most of the money donated by the Clooneys will likely go toward the SPLC's biggest expense: fundraising efforts. In 2015, they raised $50 million, and it is looking like they will have a banner year in 2017 as they capitalize on the Charlottesville incident.