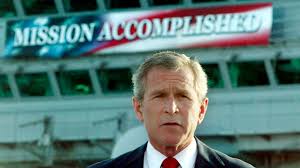 America's fate was sealed when the public and the anti-war movement bought the government's 9/11 conspiracy theory.  The government's account of 9/11 is contradicted by much evidence.  Nevertheless, this defining event of our time, which has launched the US on interminable wars of aggression and a domestic police state, is a taboo subject for investigation in the media.  It is pointless to complain of war and a police state when one accepts the premise upon which they are based."

David Ray Griffin is an international treasure and truth teller, who, while being ignored by the mainstream corporate media (MSM) for his extraordinary series of books exposing the false flag attacks of September 11, 2001, will someday be lauded as a modern prophet.  To those who know and have studied his work, he is an inspiration for his persistent insistence in a dozen books since 2004 that the truth about the US treachery of that infamous day is essential for understanding the violence, planned by neo-conservatives and embraced by neo-liberals, that the United States has subsequently inflicted on the world. He has consistently argued that to believe in the government's explanation for 9/11, one has to reject logic, scholarship, and the basic laws of modern science.