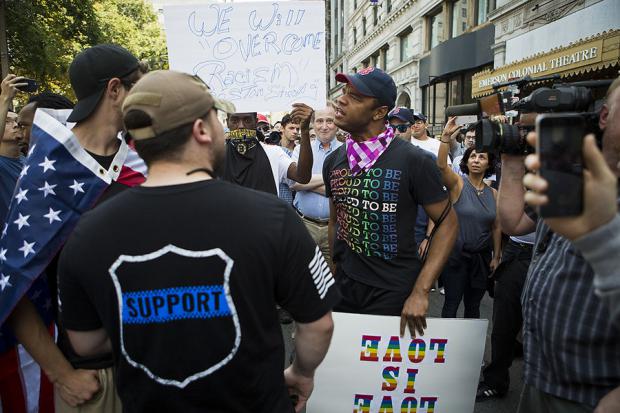 The year was 1977, and a group of neo-Nazis wanted to march through Skokie, Ill. – a Chicago suburb where, at the time, one out of every six Jewish residents was either a Holocaust survivor or directly related to one.

The American Civil Liberties Union successfully argued that the march should be allowed, despite the town's vehement objections. (The rally was ultimately moved to Chicago.) Its defense of free speech, even when it qualifies as hate speech, cost the ACLU about 30,000 members – but the organization stayed consistent with a policy it held since the late 1930s.

Last week, though, the ACLU decided to change that policy in response to a violent white supremacist protest in Charlottesville, Va. Dozens of protesters marched through the town with guns – some armed better than police, according to state officials – illustrating a troubling new challenge for First Amendment guardians: what to do now when people want to exercise their right to protest at the same time as their right to openly carry guns in public?