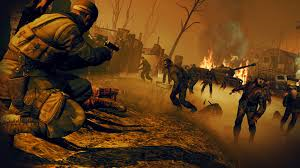 The ACLU's initial instincts were right.

What they will no longer defend is the right to do all these things while armed with guns.

"We've had people with odious views, all manner of bigots. But not people who want to carry weapons and are intent on committing violence," ACLU spokeswoman Stacy Sullivan told the New York Times.

In other words, your right to carry while shouting "Jews will not replace us" is something the ACLU will no longer defend.

No, ACLU, You Are Wrong

I get the intuition here. The scene in Charlottesville was terrifying for residents, especially since the alt-right protestors were not from the city. It was bone-chilling for most anyone who watched the news. The videos that came out afterward had the optics of an invading Nazi army carrying torches and shouting threats. This was not a protest for rights but a demand for power. And it shook a nation that fought a hugely costly war against exactly this kind of thing.