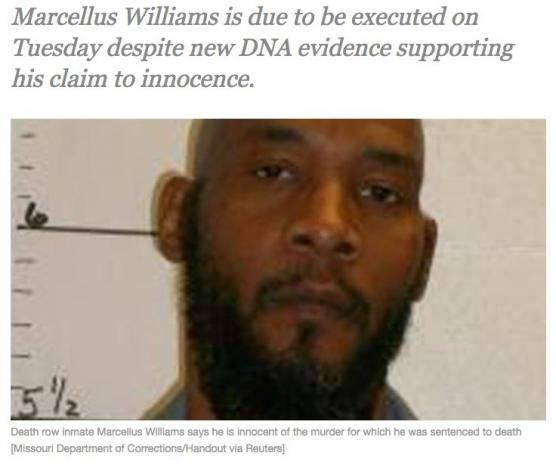 A man scheduled for an imminent execution in Missouri is innocent, his lawyers say, and they claim to have DNA evidence to back that up. Now it is up to the US Supreme Court to decide whether or not to stall the lethal injection, or allow it to proceed.

Marcellus Williams, 48, was set to be put to death by lethal injection on Tuesday at 6:00pm at the Missouri state prison in Bonne Terre.

Kent Gipson and other unnamed lawyers representing Williams are seeking a commutation of his life sentence or a new hearing in the case. They have also asked Governor Eric Greitens (R) for clemency, according to the Washington Post.

Williams was convicted of stabbing Lisha Gayle, 42, to death during a robbery that occurred on August 11, 1998, in a gated suburban community outside of University City, Missouri. Gayle purportedly found Williams in her home during the robbery, and then Williams killed the woman.