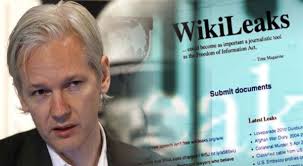 A nail in the coffin to the Russian hacking narrative will be coming from none other than the ones who leaked the DNC info, WikiLeaks and Julian Assange.

Washington, D.C. – This week, in a stunning turn of events, U.S. congressman Dana Rohrabacher became the first congressman to meet with Julian Assange at the Ecuadorian Embassy in London. During the private three-hour meeting Assange told Rohrabacher that he will prove that leaked DNC documents, published by WikiLeaks during the 2016 presidential election, did not come from Russia. Then on Thursday, Rohrabacher made a promise to pardon him.

On Thursday, Rohrabacher gave an interview with the Daily Caller in which he noted that Assange couldn't come to Washington given his current status as a wanted criminal. So, he brought up the notion of pardoning the political prisoner.

Rohrabacher told The Daily Caller in an exclusive interview Thursday that Assange is hoping to leave the Ecuadorian embassy in London where he is currently in asylum, and that during the meeting they explored "what might be necessary to get him out."

The congressman told TheDC that "if [Assange] is going to give us a big favor, he would obviously have to be pardoned to leave the Ecuadorian embassy." Assange took asylum in the embassy in August 2012 after facing sexual assault charges in Sweden. The Justice Department also reportedly wants to charge Assange for helping Edward Snowden, a former NSA analyst, leak thousands of classified documents.

"He has information that will be of dramatic importance to the United States and the people of our country as well as to our government," Rohrabacher said. "Thus if he comes up with that, you know he's going to expect something in return. He can't even leave the embassy to get out to Washington to talk to anybody if he doesn't have a pardon. Obviously there is an issue there that needs to be dealt with, but we haven't come to any conclusion yet."

How The Billionaires Control American Elections