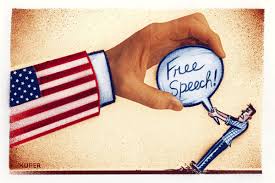 Last weekend, serious violence broke out in Charlottesville, Virginia, when a group of white supremacist demonstrators was confronted by a group of folks who were there to condemn the message the demonstrators had come to advance. The message was critical of the government for removing a statue of Gen. Robert E. Lee from a public place.

For some, Lee is associated with the military defense of slavery. For others, he is associated with the military defense of the right of states to leave the union — a union they voluntarily joined. For the organizers of the Charlottesville rally, the removal of the statue provided a platform to articulate crudely their view that the Caucasian race is somehow morally superior to every other.

Such a political and philosophical position is hardly rational to anyone who respects the dignity of all people and their moral equality before God and legal equality in America. Believing that one race is morally superior to others is largely a hate-filled theory, supportable only by bias, prejudice, fear and resentment — and perhaps a wish to turn back the clock to a time when the Supreme Court declared that nonwhites were not full people under the Constitution, a declaration eradicated by war and history and constitutional amendments.

These hateful, hurtful ideas — articulated publicly through Nazi salutes and flags and incendiary rhetoric last weekend — aroused animosity on the part of those who came to Charlottesville to resist and challenge and condemn these views. After the police left the scene and rejected their duty to protect the speakers and those in the audience, a crazy person drove his car into the midst of the melee that ensued, and an innocent young woman was killed when she was hit by the car.

Is hate speech protected under the Constitution? In a word, yes.

In the early years of the republic, Congress punished speech that was critical of the government, through the Alien and Sedition Acts. The same generation that had just written that Congress shall make no law abridging the freedom of speech abridged it. During the Civil War, Abraham Lincoln, relying on no law, punished speech in the North that was critical of his wartime presidency. During both world wars, Woodrow Wilson and Franklin D. Roosevelt used the Espionage Act of 1917 to punish speech that was hateful of the government, because, they argued, it might tend to undermine the nation's war efforts. Lincoln's infringements were rejected by the Supreme Court. Wilson's and FDR's were upheld.

It was not until 1969 that a unanimous Supreme Court gave us the modern articulation of the nature and extent of free speech. Clarence Brandenburg, a Ku Klux Klan leader in Ohio, verbally attacked Jews and blacks in the government in Washington, D.C., at a public rally. He urged his followers to travel to Washington and produce violence against them. He was prosecuted and convicted under an Ohio law that largely prohibited the public expression of hatred as a means to overthrow the government.

An Undertaker Explains How the Depopulation Project Is Working