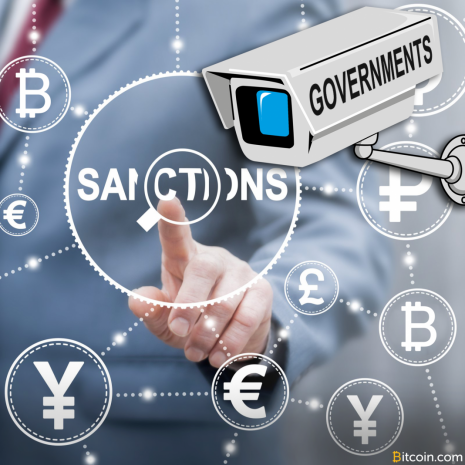 The U.S. is quietly clamping down on crypto-currencies, which goes hand-in-hand with the global war on cash. As terrorism is always the target, whatever gets classified as terrorism is an immediate target. ? TN Editor

President Trump signed a new controversial foreign sanctions bill into law that had a hidden mandate for the foreign governments of Iran, Russia, and North Korea to monitor cryptocurrency circulations as a measure to combat "illicit finance trends" in an effort to "combat terrorism."

The bill requires the governments to develop a "national security strategy" to combat the "financing of terrorism and related forms of illicit finance." Governments will be required to monitor "data regarding trends in illicit finance, including evolving forms of value transfer such as so-called cryptocurrencies."

According to the bill, an initial draft strategy is expected to come before Congress within the next year, and will see input from U.S. financial regulators, the Department of Homeland Security, and the State Department.

The bill calls for:

"[A] discussion of and data regarding trends in illicit finance, including evolving forms of value transfer such as so-called cryptocurrencies, other methods that are computer, telecommunications, or internet-based, cybercrime, or any other threats that the Secretary may choose to identify."