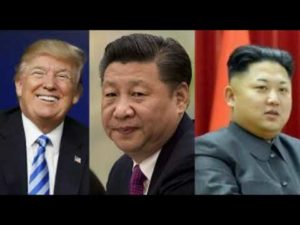 Beware the dogs of war.

The same intel "folks" who brought to you babies pulled from incubators by "evil" Iraqis as well as non-existent WMDs are now peddling the notion that North Korea has produced a miniaturized nuclear warhead able to fit its recently tested ICBM.

That's the core of an analysis completed in July by the Defense Intelligence Agency (DIA). Additionally, US intel believes that Pyongyang now has access to up to 60 nuclear weapons.

On the ground US intel on North Korea is virtually non-existent – so these assessments amount to guesswork at best.

But when we couple the guesswork with an annual 500-page white paper released earlier this week by the Japanese Defense Ministry, alarm bells do start ringing.

The white paper stresses Pyongyang's "significant headway" in the nuclear race and its "possible" (italics mine) ability to develop miniaturized nuclear warheads able to fit on the tips of its missiles.