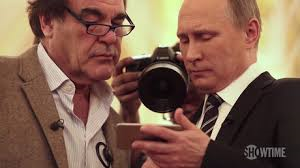 I guess 'American Exceptionalism' includes the vast stupidity inherent in having two giant oceans to distance us from the rest of humanity.

With all the Apples and Microsofts and computer geniuses we have in our country, can we not even accept the possibility that perhaps our intelligence agencies are not doing their job, and maybe, just maybe, are deliberately misleading us to continue their false-flag war against Russia? Or for that matter, that Russia itself may not be that invested in screwing up our vaunted democracy with such sloppy malware as claimed?

Especially in view of the strong statement put out by Veteran Intelligence Professionals for Sanity, a group of reform-minded veterans throwing a dose of acid on the infamous 'Brennan-Clapper Report' of January 6, 2017. With this report alone (see below), much less the overt lying and leaking that's been going on, both James Clapper ('We don't do surveillance on our own citizens') and John Brennan ('Drones and torture? None of our business') should be investigated as thoroughly as Michael Flynn, Jared Kushner, Trump's son, etc.