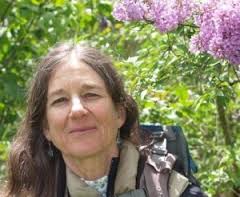 How far left was I? So far left my beloved uncle was a card-carrying member of the Communist Party in a Communist country. When I returned to his Slovak village to buy him a mass card, the priest refused to sell me one. So far left that a self-identified terrorist proposed marriage to me. So far left I was a two-time Peace Corps volunteer and I have a degree from UC Berkeley. So far left that my Teamster mother used to tell anyone who would listen that she voted for Gus Hall, Communist Party chairman, for president. I wore a button saying "Eat the Rich." To me it wasn't a metaphor.

I voted Republican in the last presidential election.

Below are the top ten reasons I am no longer a leftist. This is not a rigorous comparison of theories. This list is idiosyncratic, impressionistic, and intuitive. It's an accounting of the milestones on my herky-jerky journey.

In the late 1990s I was reading Anatomy of the Spirit, a then recent bestseller by Caroline Myss.

Myss described having lunch with a woman named Mary. A man approached Mary and asked her if she were free to do a favor for him on June 8th. No, Mary replied, I absolutely cannot do anything on June 8th because June 8th is my incest survivors' meeting and we never let each other down! They have suffered so much already! I would never betray incest survivors!

Myss was flabbergasted. Mary could have simply said "Yes" or "No."

Reading this anecdote, I felt that I was confronting the signature essence of my social life among leftists. We rushed to cast everyone in one of three roles: victim, victimizer, or champion of the oppressed. We lived our lives in a constant state of outraged indignation. I did not want to live that way anymore. I wanted to cultivate a disposition of gratitude. I wanted to see others, not as victims or victimizers, but as potential friends, as loved creations of God. I wanted to understand the point of view of people with whom I disagreed without immediately demonizing them as enemy oppressors.

I recently attended a training session for professors on a college campus. The presenter was a new hire in a tenure-track position. He opened his talk by telling us that he had received an invitation to share a festive meal with the president of the university. I found this to be an enviable occurrence and I did not understand why he appeared dramatically aggrieved. The invitation had been addressed to "Mr. and Mrs. X." Professor X was a bachelor. He felt slighted. Perhaps the person who had addressed his envelope had disrespected him because he is a member of a minority group.

Rolling his eyes, Prof. X went on to say that he was wary of accepting a position on this lowly commuter campus, with its working-class student body. The disconnect between leftists' announced value of championing the poor and the leftist practice of expressing snobbery for them stung me. Already vulnerable students would be taught by a professor who regarded association with them as a burden, a failure, and a stigma.

Barack Obama is president. Kim and Kanye and Brad and Angelina are members of multiracial households. One might think that professors finally have cause to teach their students to be proud of America for overcoming racism. Not so fast, Professor X warned.  His talk was on microaggression, defined as slights that prove that America is still racist, sexist, homophobic, and ableist, that is, discriminatory against handicapped people.

Professor X projected a series of photographs onto a large screen. In one, commuters in business suits, carrying briefcases, mounted a flight of stairs. This photo was an act of microaggression. After all, Professor X reminded us, handicapped people can't climb stairs.