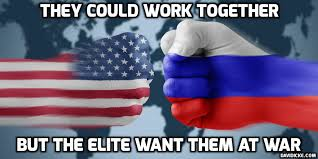 The other is to put President Trump in a box. If Trump vetos this encroachment on presidential power, Congress and the presstitute media will present the veto as absolute proof that Trump is a Russian agent and is protecting Russia with his veto. If Trump does not veto the bill, Trump will have thrown in his hand and accepted that he cannot reduce the dangerous tensions with Russia.

In other words, the bill is a lose-lose for Trump. Yet Republicans are supporting the bill, thus undermining their president.

Yesterday I heard an orchestrated, staged "interview" between two women on NPR's "All Things Considered" (on NPR all things are never considered). It was a propaganda show focused on Trump's expression of disappointment in Jeff Sessions, whom Trump mistakenly appointed Attorney General.