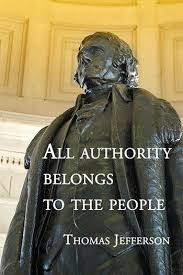 Ladies and gentlemen of the GOP, first and foremost, let me thank you for your service to our country. Being a political leader does not come easily nor is it without sacrifice, both in time and, for many of you, in terms of your earning potential in the private sector. So for that, I thank you.

However, it has become apparent to tens of millions of Americans who played a role in handing your party the majority in both chambers of Congress as well as well as the presidency, there are some serious issues with your inability to deliver on key campaign promises the majority of you made during your most recent campaigns.

While accounting for the fact that sincere people can honestly disagree about issues, there are at least two of which Republicans, prior to winning control of the entire lawmaking and policymaking processes of government, were in near-universal agreement: Repealing the health care "reform" disaster known as Obamacare, and rolling back job- and economy-killing taxes on corporations and individuals.

To the first issue, Republicans have been promising, unequivocally, to repeal Obamacare and replace it with free-market reforms that would establish competitive health insurance and healthcare delivery markets that resulted in far greater choice for American consumers at far lower prices. These principles are not abstract or theoretical, but rather time-tested and proven effective.

And yet, repealing and replacing Obamacare, after seven years of promises and at least a dozen successful votes that were thwarted by the law's namesake, President Obama, suddenly there is not enough GOP support for clean repeal-and-replace. Where did it go? More importantly, why did it dissipate? What has changed?

Certainly, the law hasn't, nor has the law's downward economic pressures on the healthcare industry in general, consumers, and the U.S. Treasury. (Related: Reality check: Obamacare is KILLING people right now.)

As to the second issue, Republicans have for years complained that our country's corporate tax rates, among the highest in the industrialized world, are one of the primary reasons why American companies relocate overseas to places like Ireland, whose corporate trading income tax rate at 12.5 percent is less than half of our top rate of 38.9 percent. Since 2015, Ireland's economy grew 26.3 percent as corporations from the U.S. and around the world flocked there to set up their headquarters.