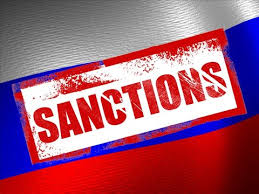 What is the Congress up to with their stupid bill that imposes more sanctions and removes the power of President Trump to rescind the sanctions that President Obama imposed?

The other is to put President Trump in a box. If Trump vetos this encroachment on presidential power, Congress and the presstitute media will present the veto as absolute proof that Trump is a Russian agent and is protecting Russia with his veto. If Trump does not veto the bill, Trump will have thrown in his hand and accepted that he cannot reduce the dangerous tensions with Russia.

In other words, the bill is a lose-lose for Trump. Yet Republicans are supporting the bill, thus undermining their president.

Yesterday I heard an orchestrated, staged "interview" between two women on NPR's "All Things Considered" (on NPR all things are never considered). It was a propaganda show focused on Trump's expression of disappointment in Jeff Sessions, whom Trump mistakenly appointed Attorney General.

When Trump nominated Sessions, the Democrats and the presstitutes went berserk. Sessions was "unqualified," a "racist," blah-blah. But now Sessions is the hero of the presstitutes and Democrats. They love him, because he has sold out Trump on the question of the justification for an investigation of Trump as a suspect "Russian agent" by an independent prosecutor who happens to be a member of the anti-Trump ruling establishment.

In other words, Sessions, who has been beat up previously by the establishment, is too afraid to do his job.

In other words, Trump had, as I predicted, no idea what he was doing when he chose his government.

So now he suffers for his ignorance.

What was the point of the staged NPR interview between the two women? The point was that Sessions, unlike Trump, respects the rule of law whereas Trump wants to bend the law in order to cover up for himself. The interview was staged so that without the two women having to say it, Trump's anger at Session was proof that Trump was guillty of some illigitimate "Russian connection."