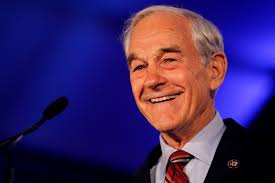 I write this because it seems as if the "Party of Principle," being the Libertarian Party, has now turned to favoring party politics over principled voting. Allow me to explain.

When Austin Petersen, a 2016 Libertarian candidate for president, announced he was running for Senate in Missouri as a Republican I saw his supporters nearly immediately blackballed. These are people who have chosen to remain in the Libertarian Party, yet are being shamed for supporting the same principles from the same man they supported just a year ago.

I have seen some of them threatened, some rejected socially online, and even some so disheartened that they stopped their Libertarian Party involvement altogether.

How are the same principles accepted one day, yet rejected and shamed the next day just because of the party affiliation of the person sharing these principles?

The fact is, the Libertarian Party has given into the culture of party politics. This was inevitable. There will never be a political party who does not do this, so I say that not as a dig on the LP, but just to share George Washington's stance against political parties.

I have posed different variations of the question below to LP members:

"If there was a statist LP member running against a libertarian Republican, who would you vote for?"

They have all responded in favor of the LP member, because in their view, the LP has the greatest chance of spreading Liberty, therefore the candidate under their banner must win.

Do you see where this makes no sense?

This is why I support Austin Petersen, Rand Paul, Justin Amash, and Thomas Massie – yet remain in the Libertarian Party.

RON PAUL Is Censored On Facebook, This Insanity Has OFFICIALLY Gone TOO FAR

They Moved On Ron Paul Too! The Big Tech Massacre: Is There A Silver Lining?

The 'War On Terror' Comes Home

What Will The Democratic Takeover Do To The Economy?

Are Gold & Crypto Going To Have a Big Year? -- With Daniela Cambone

Troops Are Meant To Protect Liberty...Not Empire --- Bring Them All Home!

Flashback 1988: Ron Paul on The Proper Role of Government

How The Fed Created The Greatest Socio-Economic Crisis