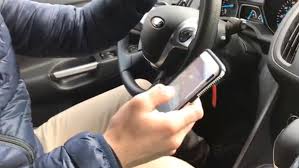 The implementation of the Driving Under the Influence of Electronics Act was expedited from January 2019 to July 23 after Washington Governor Jay Inslee signed a partial-veto, and insisted that "public safety is better served by implementing this bill this year."

"When you are driving with a cell phone, you are a more dangerous driver than if you are driving drunk with a .08 blood alcohol level," Inslee said during a press conference. "There's hardly anything we've done in the last several years at the state Capitol to save more lives than this distracted driving law."

Statistics from the Washington Traffic Safety Commission found that 171 of 568 road deaths in 2015 were "blamed on some form of driver distraction, not necessarily electronics."

Although both texting and holding a cellphone to your ear while driving are already banned in Washington, the new regulations will outlaw composing or reading any message, taking pictures, and ultimately holding a phone for any reason other than calling 911—even when sitting at a stoplight.

Penalties under the new DUI-E law will include a $136 fee for first-time offenders, a $234 fee for second-time offenders, and a $99 fee for "grooming, smoking, eating or reading while behind the wheel."

While the fines might not seem outrageous at first glance, Toni Matous, an agent with Magnolia Insurance Agency Inc. in Seattle, told Q13Fox that insurance companies were some of the top lobbyists for the new distracted driving law—and that is not by mistake.