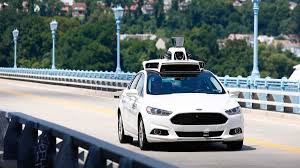 Seven years after Google started developing robocars, 14 months after a Florida man died in a Tesla Model S that was driving itself, and almost a year after self-driving Ubers started picking up passengers in Pennsylvania, Congress might actually start regulating autonomous vehicles.

Nearly everyone working on this emerging technology, from automakers to the tech companies to the government watchdogs, agrees that it's about time. The robocars scurrying about places like Austin and Boston and San Francisco operate under a mélange of state and local rules that lay down different requirements and appease myriad special interests. And if this patchwork persists, bringing these cars to the market could be a major headache.

No longer. Maybe. In June, the Senate published bipartisan principles outlining what the legislation might look like. And on Wednesday, members of a House subcommittee unanimously approved a big autonomous vehicle package, which will make it easier for federal regulators to make all the rules. (The full House Energy and Commerce Committee wants to consider the legislation before the House's August recess, a committee spokesperson said.) Congress, it seems, wants to shred the patchwork of rules and regulations and blanket the nation in uniform guidelines that allow the technology to develop while ensuring everyone it will be safe. But giving the feds that authority creates some problems—and raises plenty of questions.

Part of the problem here is autonomous vehicles don't fit neatly into the current regulatory structure. The Department of Transportation dictates how vehicles are built (airbags, seat belts, crumple zones), but states regulate their operation (licensing, insurance, traffic laws). That division of labor doesn't work when how the car is designed governs how it is operated.