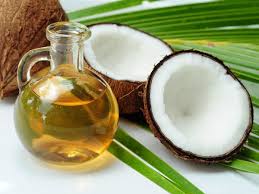 (Natural News) Coconut oil is highly regarded for its wide array of uses: From moisturizing skin and clearing up acne to cooking your favorite foods, there's plenty of reasons why people love coconut oil. But, as you may have noticed, this versatile fat has been getting a lot of bad press lately. For example, the United Kingdom's Telegraph recently published a hit piece that declared the saturated fat in coconut oil makes it bad for you.

Now, the logic here actually has little to do with the actual composition of coconut oil. When making the claim that coconut oil is bad for you, the Telegraph falls back on the American Heart Association's general stance on saturated fat as a whole. The argument against saturated fat has been highly contested — and when it comes to coconut oil specifically, this generalization falls short. Why? In addition to the fact that saturated fat is not the enemy it has been made out to be, coconut oil also features a highly beneficial type of saturated fats, called medium-chain fatty acids.

Saturated fat is not the enemy

Yes, coconut oil does contain a high amount of saturated fat: 87 grams of saturated fat per 100-gram serving. That much is true. First and foremost, saturated fat has long been demonized as a harbinger of any number of diseases. While the war on saturated fat began in the 1950's thanks to a cherry-picked study by Ancel Keys, the fact is that there is much evidence to the contrary. Saturated fat is not explicitly bad, as we've been lead to believe. For example, it is actually very important to keeping your brain healthy.

When it comes to brain health, it's easy to understand why saturated fat is so important. The myelin sheath, which surrounds nerves and is key to their functionality, is made up almost entirely of saturated fat. The brain itself is primarily made of fat.  As sources explain, in addition to protecting the brain, studies have shown that saturated fat offers protective benefits to the liver, heart, skin and immune system.

And, as this 2010 study from the American Journal of Clinical Nutrition concludes, "there is no significant evidence for concluding that dietary saturated fat is associated with an increased risk of CHD [coronary disease] or CVD [cardiovascular disease]." It's worth noting that the meta-analysis in question featured nearly 350,000 people who were followed for 5 to 23 years; a fairly substantial data set, to say the least.

Lab-Grown Cellular Meat Could Be In Supermarkets Within Five Years

They Really Are Going After Meat

Experts say Americans WILL have to cut back on meat for the US to meet Biden's...