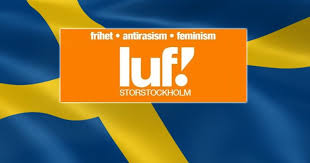 If you thought you'd heard it all in terms of Sweden as the 'progressive' basketcase of Europe, then think again.

During a tweetstorm, the youth group made plain its desire to see Sweden adopt the Euro single currency and join NATO, but the organization's social policies were the real eyebrow raisers.

"If you are against necrophilia, you are not liberal," the group explained.

For those who don't know, necrophilia is haxing sex with dead people. How progressive.

Sweden records its lowest number of covid cases since March with just 108 after country...

Sweden Close To Victory Over Coronavirus; Never Had A Lockdown Or Mask Mandate

Sweden: The Violence Is "Extremely Serious"