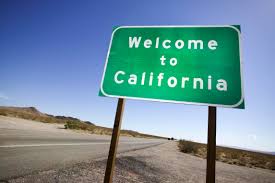 (Natural News) After California's tough new immunization law, eliminating religious and philosophical exemptions for vaccines, unvaccinated kids can no longer go to public schools in the Golden State. As one of the leading proponents of forced vaccination, Dr. Richard Pan – the same senator who sponsored last year's mandatory vaccine campaign – is back with a new proposal to gain even more control over children's lives. If we let him have his way, he will make vaccines mandatory for ALL children living in California.

While California is criminalizing parents for refusing to vaccinate their children with toxic substances, it is also planning to release real criminals on the streets under the so-called "Sanctuary State Bill" or Senate Bill 54 (SB 54), the Zero Hedge reported.

Earlier this month, legislators in Sacramento pushed SB 54 one step closer to reality after it had been cleared by the State Assembly's Judiciary Committee. According to Senate President Pro Tem Kevin De Leon, SB 54 intends to prevent the police in California from helping the "Trump Deportation Machine," reported RT.

De Leon was the one to introduce the bill to protect undocumented immigrants in California by limiting cooperation between local law enforcement and federal immigration authorities. As a result, U.S. Immigration and Customs Enforcement (ICE) agents will no longer be able to access state databases or go into jails to deport prisoners.

Speaking to CBS Sacramento, De Leon explained that during the first 100 days of the Trump administration arrests of immigrants with no criminal record jumped 150 percent compared to the same period last year. Furthermore, he noted that he "will protect those who contribute to making California the sixth largest economy in the world."

"Under constitutional threats from the reckless Trump administration, SB 54 protects state and local law enforcement and resources necessary to keep our communities safe," De Leon said. "ICE is out to arrest and deport honest, hard-working parents who obey the laws and pay their taxes and owe allegiance to the red, white and blue."

In response, U.S. immigration officials cited that even though ICE agents arrested 188 illegal immigrants involved in drug offenses, domestic violence, sex crimes, assault, burglary, fraud, vehicle theft, property damage, manslaughter, prostitution, and incest, among other violation of the law in Los Angeles during the May 25 raid, the total number of arrests of illegal immigrants is lower than during the Obama administration.

According to De Leon, his bill will allow authorities to respond to ICE inquiries only when convicted violent offenders are involved. De Leon has the support of many union groups that protect immigrant families.

Though the bill has been strongly opposed by Republican lawmakers and California sheriffs who are worried about losing federal funding and their grip on dangerous criminals, the legislation received support from the Los Angeles Police Department. They said that they need the immigrant community's trust to effectively investigate crimes. Also, they want to keep ensuring witnesses and victims that they will not be arrested and deported just for cooperating with law enforcements.

"I'm Choosing The Risk Of Getting COVID":