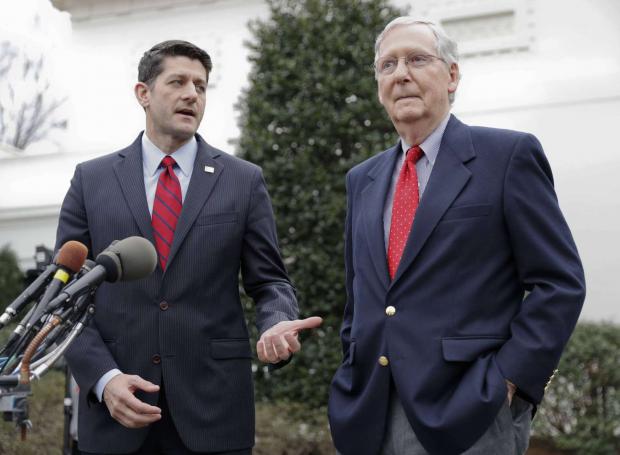 The GOP campaign to repeal Democrat Barack Obama's health care law is bogged down in the Senate and flirting with collapse. Efforts to pass a budget are stuck, there's no tax code overhaul package, spending bills are in limbo and it's unclear how leaders will find the votes to avert a federal default.

The difficulties flow from Republican divisions. Collectively, the problems are threatening to sink top GOP priorities and undermine the party's ability to show it can govern effectively.

Lawmakers have three weeks of work before an August recess. Some Republicans are making noise about shortening that respite, but doing so would be a step shy of sacrilege on Capitol Hill.

It took the House several tries to pass its bill aiming to annul much of Obama's health care law. Now, Senate Majority Leader Mitch McConnell is struggling to find GOP votes for a similar package replacing that 2010 statute with one easing insurance coverage requirements, cutting Medicaid, erasing penalties on people not buying insurance and repealing tax increases on the well-off.