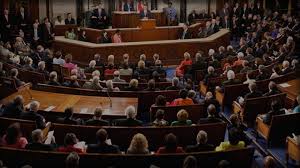 Would you like to have a job that gave you 218 days off a year? According to the official calendar put out by House Majority Leader Kevin McCarthy, the House of Representatives will only be in session for 147 days in 2017. And that is actually an increase from last year. In 2016, there were only 131 legislative days for the House. So if you are wondering why Congress never seems to get anything done, this is one of the biggest reasons. The sad truth is that members of Congress simply do not spend a lot of time doing what they were elected to do.

If you are an average American worker with a full-time job, you probably put in around 240 working days a year. If you have to work that hard, why can't Congress?

And actually things used to be even worse. The New York Times looked back at 2013 once it was done, and they found that the House was only in session for 942 hours for the entire year. When you break that down, it comes to about 18 hours a week.

If you go all the way back to 2006, there were just 104 legislative days in the House. It is almost as if they just decided to take pretty much that whole year off.

This is what I am talking about when I say that we need to "flush the toilet". Those that are fortunate enough to be chosen to represent us in Washington should be some of the hardest working people in the entire country, and unfortunately we are getting just the exact opposite.

In the past there have been efforts to make members of Congress work full work weeks, but those efforts have always ended up failing…