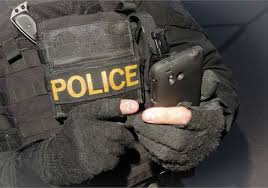 "Any person who operates a motor vehicle in the state shall be deemed to have given consent to field testing of his or her mobile telephone and/or personal electronic device for the purpose of determining the use thereof while operating a motor vehicle, provided that such testing is conducted by or at the direction of a police officer."

That's language from the text of a bill currently working its way through the New York state legislature. The legislation would allow cops to search through drivers' cell phones following traffic incidents — even minor fender-benders — to determine if the person was using their phone while behind the wheel.

Most states have laws banning the use of mobile devices while driving, though such laws are rarely enforced. This is largely because it's nearly impossible to catch someone in the act. What person would admit to an officer that they broke the law, the argument goes, particularly when it's after the fact? After all, cops don't show up until after the accident occurs.

Now, technology exists that would give police the power to plug drivers' phones into tablet-like devices — being called "textalyzers" in the media — that tell officers exactly what they were doing on their phone and exactly when they were doing it. And if the readout shows a driver was texting while driving, for instance, the legal system will have an additional way to fine them.

"Recording your every click, tap or swipe, it would even know what apps you were using. Police officers could download the data, right on the spot," Jeff Rossen of NBC News said in a video report on the technology.