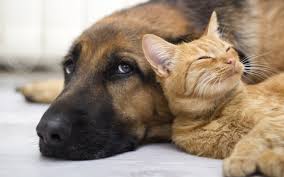 Finally, Congress is doing something about a serious issue on everyone's mind; they have introduced a bill to ban dog and cat meat from being sold and eaten in the United States.

But wait, isn't this cultural insensitivity towards those from countries who regularly eat dogs and cats?

China is still the most likely country to see dog or cat meat eaten, even hosting a dog meat festival every year. But lately, the festival has been subjected to protests from people who think the practice of slaughtering dogs for meat is inhumane. Some of the pressure to stop the practice has come from the West, but there are also elements within China who think it is wrong to eat animals regularly kept as pets.

I'm only half kidding about the cultural differences. In Australia, they eat kangaroos, in Iceland, they eat horses, and all over rabbits are regularly consumed. Is America's culture so superior that we know for certain we have found the right combination of animals to slaughter for meat? Or is culture an appropriate issue to legislate, enshrining the "American way of life" into law?

"We live in a global economy and we live in a very transient society," [Wayne Pacelle, President of the Humane Society] said. "We need to be morally consistent and ask other countries to act in a way that is consistent with our own policies."

Apparently, America should force the world to align with its cultural standards for meat