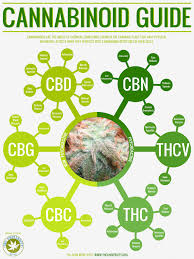 (Natural News) A recent study published in International Journal of Oncology revealed that cannabinoids, the active chemical in cannabis, can destroy leukemia cells either alone or in combination with other cancer treatments. The scientific community has long-established that cannabinoids may show potential in cancer treatment, with certain varieties known to promote cell death, curb cell growth, and inhibit tumor-inducing blood vessel development. In order to evaluate the compound's efficacy against leukemia, a team of researchers at the St George's, University of London studied cancer cells in a laboratory and tested various combinations of cannabinoids and chemotherapy drugs such as cytarabine and vincristine.

The study revealed that the cannabiniod varieties cannabidiol and tetrahydrocannabinol (THC) eliminated leukemia cells when used alone. The research team also found that combining the two cannabiniod variants resulted in increased treatment potency. In addition, the study revealed that adding cannabinoids following an initial dose of chemotherapy lead to better overall outcomes against the blood cancer. This means that a similar effect can be achieved by using lower chemotherapy doses, the researchers said. Lower doses of chemotherapy may equate to lower risk of treatment-related side-effects in patients, the experts added.

"We have shown for the first time that the order in which cannabinoids and chemotherapy are used is crucial in determining the overall effectiveness of this treatment. These extracts are highly concentrated and purified, so smoking marijuana will not have a similar effect. But cannabinoids are a very exciting prospect in oncology, and studies such as ours serve to establish the best ways that they should be used to maximise a therapeutic effect," lead researcher Dr. Wai Liu said in ScienceDaily.com.

The current findings were reflective of a 2013 study, also carried out by Dr. Liu, which demonstrated the compound's potential in combating leukemia. As part or research, the oncologist tested six cannabinoid variants, either independently or in conjunction with each other, against leukemia cells. The researcher found that the compounds spurred significant declines in cancer cell viability and simultaneously inhibited all phases of the cell cycle.

Why Arizona Should Vote YES on Prop 207 Recreational Marijuana...

Dozens of cops,judges,prosecuters,present letter to congress to legalize weed and to expunge convict

House Will Vote On "Historic" Marijuana Decriminalization Bill In September

Judicial Tyranny in the Drug War

The Police State's War on Weed and Backyard Gardens

Attack of the Tomato Killers: The Police State's War on Weed and Backyard Gardens

The Torture and Execution of Kiki Camarena

Mexico's war on drugs: Moment THREE cartels ambush the military who fight back...