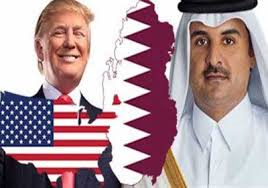 The United States has been using lies to go to war since 1846, when Americans who believed in manifest destiny sought to expand to the Pacific Ocean at the expense of Mexico, acquiring by force of arms California and what were to become the southwestern states. In 1898 the U.S. picked up the pieces of a dying Spanish Empire in a war that was driven by American imperialists and the yellow dog reporting of the Hearst Newspaper chain. And then came World War 1, World War 2, and Korea, all avoidable and all enabled by deliberate lying coming out of Washington.

More recently, we have seen Vietnam with its Gulf of Tonkin fabrication, Granada and Panama with palpably ridiculous pretexts for war, Iraq with its nonexistent weapons of mass destruction, Afghanistan with its lies about bin Laden, Libya and its false claims about Gaddafi, and most recently Syria and Iran with allegations of an Iranian threat to the United States and lies about Syrian use of barrel bombs and chemical weapons. And if one adds in the warnings to Russia over Ukraine, a conflict generated by Washington when it brought about regime change in Kiev, you have a tissue of lies that span the globe and bring with them never-ending conflict to advance the American imperium.

Is Sanders Surging Ahead of Rival Dems?

Billionaire Bloomberg Aims to Buy the US Presidency

America and Israel Against the World

The Curious Case of Roger Stone

Why the US Is Headed into Its Fourth Turning