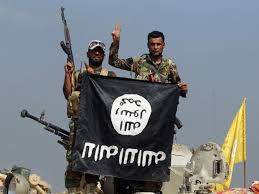 I was by no means the first to do so, nor was I the only one at the time, but, except for Robert A. Heinlein, Elmer Keith, and the ghost of H. Beam Piper, I often felt very much alone in my simple, straightforward, common-sense advocacy of exercising one's natural rights under the Second Amendment to the Constitution. Now, of course, forty years later, armed self-defense has become a social movement. The degree to which I share responsibility for that is debatable, but I am proud of any part I may have had in it.

Last weekend (no, I am not changing the subject) was a pretty lousy one for peace and civil order in the United Kingdom of Great Britain. Egged on by various evil shamans (one of them in the States), Islamic terrorists employed an automobile and big knives to wound and murder dozens of innocent individuals who were trying to enjoy a warm summer evening—in a near-Arctic climate that doesn't offer many of them—and whose only "crime" was that they did not choose to follow the benighted religious precepts of a 7th century Arab merchant-trader.