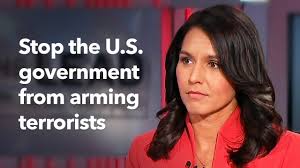 Someone just fucking shoot me.

In between doing lines of ground kopi luwak and practicing visualization techniques that are supposed to keep me from slashing the tires of my enemies, I spent my afternoon today brushing up on some current legislation. One focal point was S. 532, a bill introduced by Sen. Rand Paul (R-KY). The bill would block the U.S. government from funding known terrorist groups abroad such as Al Qaeda, Jabhat Fateh al-Sham, ISIS, as well as any foreign governments known to have been funneling support to such groups. Rep. Tulsi Gabbard (D-HI) has introduced similar legislation in the House of Representatives. (Sometimes Members of both chambers get their shit together enough to introduce corresponding legislation simultaneously in order to speed up the deliberative process a little.)

Good on them and all that. It's real nice, isn't it? A little bipartisan, bicameral effort to stop The Bad Guys never hurt nobody, ain't that the truth? Get a little friendly debate going, hash things out together, come to some kind of mutual understanding, maybe get a vote in that represents the Will of the People, whatever that is. Not a bad way to whittle away the days of one's Congressional term, so full of marble hallways and private meeting rooms as they are.

But wait, what the fuck? Congress is looking at bills to stop funding known terrorist groups — like, ones that have killed innocent civilians, both in the West and not? Why are we even funding those groups in the first place? Check out with Rep. Gabbard had to say in a press release announcing the bill: 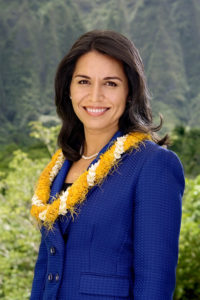 "For years, the U.S. government has been supporting armed militant groups working directly with and often under the command of terrorist groups like ISIS and al-Qaeda in their fight to overthrow the Syrian government. Rather than spending trillions of dollars on regime change wars in the Middle East, we should be focused on defeating terrorist groups like ISIS and al-Qaeda, and using our resources to invest in rebuilding our communities here at home," said Rep. Gabbard.

Thomas Sowell: Biden is America's point of no return