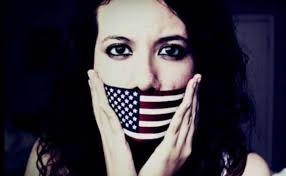 We act as a global platform to let the voices of dissent, protest, and expert witnesses and academics be heard and disseminated internationally.

We need to stand together to continuously question politics, false statements, and the suppression of independent thought.

Stronger together: your donations are crucial to independent, comprehensive news reporting in the ongoing battle against media disinformation. (click image above to donate)

The Intercept headlined on June 5th, "TOP-SECRET NSA REPORT DETAILS RUSSIAN HACKING EFFORT DAYS BEFORE 2016 ELECTION" and devoted 3,811 words to saying that America's National Security Agency alleges that "a months-long Russian intelligence cyber effort against elements of the U.S. election and voting infrastructure" is the subject of a top-secret "report, dated May 5, 2017," which "is the most detailed U.S. government account of Russian interference in the election that has yet come to light."

While Sirhan still sits in prison to this day, the real killers of Senator Kennedy went free that night. For anyone who studies the case with an impartial eye (see this, this,this, this, and this), the evidence is overwhelming that there was a very sophisticated conspiracy at work, one that continued long after as police, FBI, intelligence agencies, and the legal system covered up the true nature of the crime.  That Sirhan was hypnotized to play his part as seeming assassin is also abundantly clear.