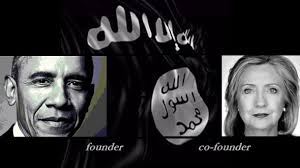 The September 2016 audit was declassified after the human rights organization Amnesty International filed a Freedom of Information Act request. It revealed that the Pentagon "did not have accurate, up-to-date records on the quantity and location" of the majority of the equipment that was meant for the Iraqi Train & Equip Program.

The missing equipment came from the $1.6 billion budget Congress allocated for the program in 2015. The budget was approved in the name of fighting the Islamic State of Iraq & Syria—a group of militants that didn't exist until nearly a decade after the United States invaded Iraq in 2003.

It should be noted that a report from Amnesty International in December 2015 claimed that ISIS had an extensive arsenal consisting of the same U.S.-made weapons that were intended for its opposition—the Iraqi Army and "moderate rebel" groups in Syria.

Patrick Wilcken, Amnesty International's arms control and human rights researcher, acknowledged the troubling pattern that was once again reaffirmed in the latest audit.

"This audit provides a worrying insight into the US Army's flawed—and potentially dangerous—system for controlling millions of dollars' worth of arms transfers to a hugely volatile region," Wilcken said. "It makes for especially sobering reading given the long history of leakage of US arms to multiple armed groups committing atrocities in Iraq, including the armed group calling itself the Islamic State."