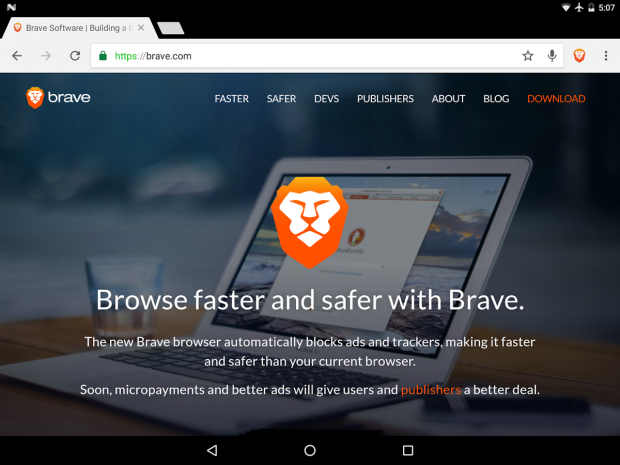 (Natural News) As the United States begins to resemble the fictional world created by George Orwell in his famous novel 1984, more and more companies are being forced to find ways to continue developing new technology while simultaneously respecting the privacy rights of their customers. One such company is Brave, a relatively new Internet browser founded by former Mozilla CEO Brendan Eich. According to Brave's official website, the company "aims to transform the online ad ecosystem with micropayments and a new revenue-sharing solution to give users and publishers a better deal, where fast, safe browsing is the path to a brighter future for the open web."

Astonishingly, Brave was able to raise $35 million from its Initial Coin Offering, or ICO, in under 30 seconds last week according to a report put together by Tech Crunch.

"ICOs operate by selling investors cryptocurrency, which can be used to store value in many ways beyond a traditional share," Tech Crunch explained. "For its sale, Brave created its own coin – The Basic Attention Token, or BAT – and sold one billion of them. That collection of BAT cost 156,250 ETH, which is just over $35 million."

Tech Crunch went on to say in their report that "a further 500 million BAT is stored for user growth and 'BAT development,'" and that "the ICO is the highest grossing to date."

Brendan Eich left Mozilla in the year 2014 after a group of Social Justice Warriors launched a targeted campaign against him once it was revealed that Eich donated $1000 to help California pass Proposition 8. As it turns out, radical leftists aren't okay with people having the freedom to donate their hard-earned money to conservative causes. They actually believe that if you are in charge of a large, international corporation, and you demonstrate to the public that you support something that the progressive left does not (in this case, traditional marriage), then you should lose your job.

So much for the so-called "tolerant left."