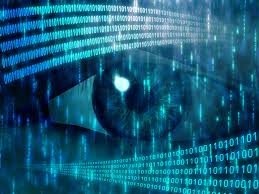 A small revolt in corners of the Republican Party bedevils plans for reauthorization this year of surveillance capabilities considered the "crown jewels" of the U.S. intelligence community.

Those capabilities, subject of a Senate intelligence committee hearing Wednesday, has some Republicans worried that they could get caught up in the same secret government intercepts of communications that helped to land President Donald Trump's short-lived national security adviser in legal jeopardy.

Indeed, some conservatives on Capitol Hill think intelligence sources could leak information on them too, as they did on former national security adviser Michael Flynn, and routinely flout laws sharply limiting surveillance on Americans.

"The spying by our government on Americans cannot be tolerated, and it is being tolerated," Rep. Ted Poe, a conservative Texas Republican, said in a telephone interview.

Poe blamed the National Security Agency for overreaching its authority, and said he would not be surprised if the agency's employees were surveilling people like himself, a former criminal court judge.

'We the People' Lose