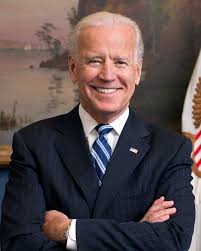 Joe Biden officially reentered politics Thursday — and he's got his eyes on President Donald Trump's spot in the Oval Office.

A report from the Chicago Tribune says it's a signal Biden could be preparing for a presidential run in 2020.

But there's no way he'll win.

The majority of voters agreed on one thing after President Barack Obama was elected — it was time for "change."

Change from the Democrats, that is.

Since Trump's victory, angry liberals have rioted on the streets on a near daily basis demanding America give them power back. But they've spent no time on self-reflection.

Biden should look in the mirror, before he looks outward.

After all, in the build-up to the 2016 presidential election, Biden opted not to run after staff realized former Secretary of State Hillary Clinton already had already rigged the Democratic presidential primary in her favor.

What did they learn from the loss?

Nothing, it would appear. The Democratic National Committee is currently being sued by Bernie Sanders donors. In their trial, lawyers for the DNC have argued on record that the rigging of the primary in favor of Clinton was done legally.

Biden won't make the mistake of being unprepared again. He's setting the stage in advance, like Hillary did in, and has tapped a veteran of former Obama's presidential campaigns, Greg Schultz, to lead his new PAC. Critics say Schultz's presence is a clear signal the PAC is designed to lay the groundwork for another Biden's presidential run.

But the fact that Biden needs to prepare so far in advance to work the corrupt system is exactly the reason he won't win.

Americans refuse to vote for that system.

It's crooked. It's corrupt. It's unacceptable.