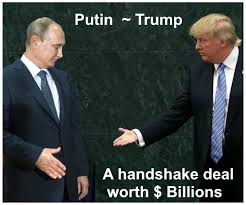 Former Director of National Intelligence James Clapper appeared on This Week Sunday, and said some head-scratching things.  In one of the most anticipated congressional hearings in years, James Comey and Mike Rogers took turns saying nothing

Clapper back in March told Meet the Press that when he issued a January 6th multiagency intelligence community assessment about Russian interference in the election, the report didn't include evidence of collusion between the Trump campaign and Russia, essentially saying he hadn't been aware of any such evidence up through January 20th, his last day in office.

On Sunday, he said that didn't necessarily mean there was no such evidence, because sometimes he left it up to agency chiefs like former FBI Director James Comey to inform him about certain things.

"I left it to the judgment [of] Director Comey," Clapper said, "to decide whether, when and what to tell me about counterintelligence investigations."