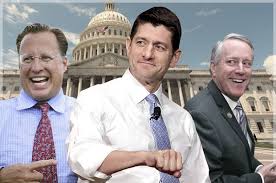 Last week, the U.S. House of Representatives crafted a partisan compromise bill that endorsed and reinforced the Affordable Care Act, or Obamacare. This was done notwithstanding claims to the contrary by President Donald Trump and the House Republican leadership, who want us to believe that this bill, if it becomes law, will effectively repeal and replace Obamacare.

Obamacare is a stool with four problematic legs. The constitutional leg is the premise that the federal government has the lawful power to regulate the delivery of health care. The legal leg is the premise that the federal government is obliged to provide health insurance to everyone in America. The economic leg commands that everyone in the U.S. purchase and maintain health insurance. And the Orwellian leg says that every physician in the U.S. shall retain all patient records digitally and that federal bureaucrats shall have access to all those records.

None of that is changed in the House-passed bill. Here is the back story.

The original Obamacare proposal had the taxpayers foot everyone's medical bills through a series of taxes, regulations and controls. That is  the so-called single-payer system that former President Barack Obama dreamed of. It would have been much like the systems in place today in Great Britain, Canada and Australia, where one waits for months to see government-employed physicians who are stingy with government-owned medications and mired in red tape and long lines over government-financed medical procedures.

Even many of the Democrats who controlled both houses of Congress during Obama's first two years in office were unable to accept that idea. In its place, they produced a 2,700-page piece of legislation, which candidate Trump vowed to dismantle — saying he favored a market-based, state-regulated system with no federal involvement, the kind we knew in the pre-Obamacare era.

None of those goals is reached by the House-passed bill.

Obamacare's imposition of the federal government between all patients and their physicians was a radical departure from the traditional delivery of medical services in America. This was done with utter disregard to the constitutional constraints imposed upon Congress — whereby the regulation of health, safety and welfare was retained by the states — and by radically expanding federal power derived from the Constitution.