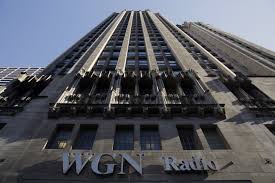 A potential deal for Tribune, first reported by Reuters, could come as soon as Monday, just weeks after the U.S. Federal Communications Commission voted to reverse a 2016 decision that limits the number of television stations some broadcasters can buy.

FCC Chairman Ajit Pai, named by President Donald Trump in January, is planning to take a new look at the current overall limit on companies owning stations serving no more than 39 percent of U.S. television households.

Still, a combined Tribune and Sinclair could surpass this cap and face some regulatory challenges which could result in divestitures, analysts said.

The combination of Sinclair and Tribune would be a competitive blow to Fox because the added scale would give Sinclair more leverage in negotiations to carry Twenty-First Century Fox Inc's (FOXA.O) local networks. Together the companies would own a large chunk of Fox broadcast affiliates around the country.