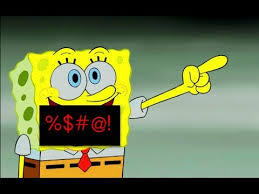 In those days, all that it took to get your enemies out of power and pointed toward the head-chopping block was to catch them saying publicly or writing the politically incorrect thing about theology, quoting, for example, yesterday's popular opinion about the use of a comma instead of a semicolon in the Book of Common Prayer.

The latest, most dangerously absurd case in point is that of Fox News host Jesse Waters who, it would appear, has been suspended (an infantile practice if there ever was one) by his increasingly unstable television network for defending Ivanka Trump from ugly, rude, and noisy attackers when she visited Germany earlier this month and defended her father from the feminist mob. It seems that Jesse's defense of Ivanka's voice was too admiring, and "therefore", sexist and it was for this unspeakable offense that he was removed, however temporarily, from our gaze.

This was close on the heels of Sean Hannity being accused of some unspecified sexual threat he had apparently posed to an unnamed woman who, it turns out, has a long psychopathological history of making such accusations. The implication was that, in this instance, she had allegedly been paid to point the finger at Fox's second most valuable star, but hastily withdrew the charge when he threatened to fight back—with lawyers. When you try to calculate who might have paid her, keep in mind that all of the "offenses" committed by Fox's most valuable star, Bill O'Reilly, now looking for a job somewhere else, were purely verbal. Apparently he called a black woman whom he admired, "hot chocolate" (one doubts whether this was actually an insult—it sounds like admiration to me). In any event, what the hell ever happened to "sticks and stones"?