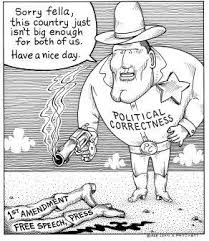 I have often compared American socio-politics today, with religio-politics during the Tudor era in England. King Henry VIII and Elizabeth I. In those days, all that it took to get your enemies out of power and pointed toward the head-chopping block was to catch them saying publicly or writing the politically incorrect thing about theology, quoting, for example, yesterday's popular opinion about the use of a comma instead of a semicolon in the Book of Common Prayer.

The latest, most dangerously absurd case in point is that of Fox News host Jesse Waters who, it would appear, has been suspended (an infantile practice if there ever was one) by his increasingly unstable television network for defending Ivanka Trump from ugly, rude, and noisy attackers when she visited Germany earlier this month and defended her father from the feminist mob. It seems that Jesse's defense of Ivanka's voice was too admiring, and "therefore", sexist and it was for this unspeakable offense that he was removed, however temporarily, from our gaze.