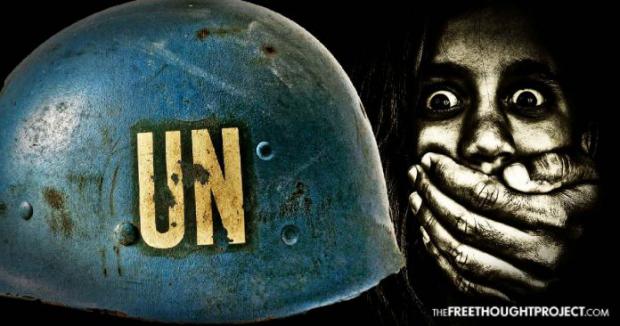 In a blow to victims of human trafficking worldwide, a massive child sex ring was exposed in Haiti — involving international 'peacekeepers' with the United Nations as well as other high-level officials from around the world — and no one is going to jail.

For years, UN peacekeepers, their high-level commanders, and other 'personnel' from around the globe came to Haiti for sex with boys and girls as young as 12.

"I did not even have breasts," said a girl, known as V01 — Victim No. 1, according to a report out of the Associated Press.

After Haiti's downfall from a tropical paradise resort destination, hundreds of children were left homeless and many of them without parents. This easy prey then attracted the world's most vile predators.

More than 300 children have come forward in the last decade with these claims and only a tiny fraction of those accused have ever faced any form of accountability.

One of the reasons these sickos aren't charged is because when it comes to keeping its peacekeepers in check, the UN passes the buck. So, as reports of sexual abuse and child exploitation pour in to the UN (2,000 over just the last 12 years), the countries sending troops either remain ignorant or deliberately refuse to hold these people accountable.